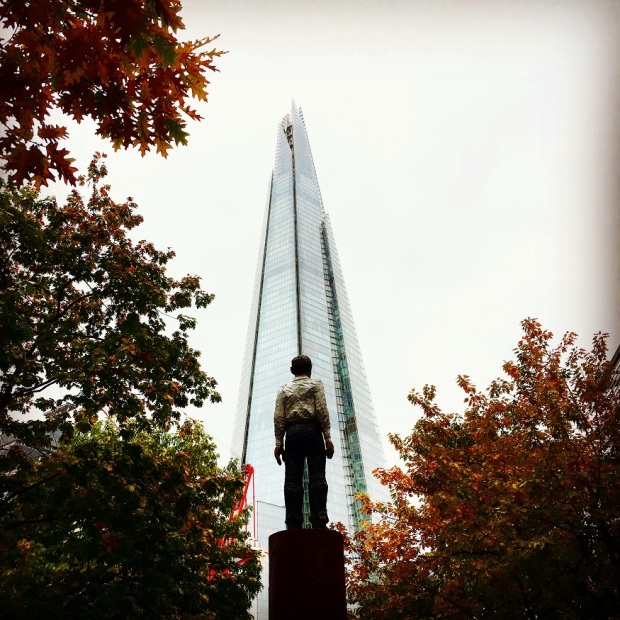 This morning I saw a middle-aged man speeding on a Boris bike through Covent Garden, one hand on the handlebars, the other clutching a giant ceramic vase.

I was quite impressed that a) he could physically hold the gargantuan urn with one hand, b) that despite being weighed down on one side, he maintained an upright posture and rapid, straight-line cycling, and c) that no one seemed to bat an eyelid, or register that this was quite an unusual thing to see on a Monday morning.

London is so full of bizarre and downright insane sights, people, events and instances that perhaps we are all somewhat immune to the oddities that confront us in our day to day city lives. Were this man to be cycling through, say, the cobbled streets of Cambridge, I expect he would have got a number of odd looks, a couple of comments on the cyclist’s strength and expertise, or an out-loud questioning at what exactly he is doing.

Of course, if we Londoners were to look up and wonder aloud at every out-of -the ordinary sight, we wouldn’t get anything done. Maybe, then, just expecting to see slightly odd things, and learning to ignore them, is the way forward.

But then we do miss an awful lot. Stuck in our city bubbles, head in phone, eyes down, headphones in, so many of the quirky parts of London pass us by. I didn’t see one pedestrian turn to look at Vase Man (as he will be known from now on). Perhaps a cycling coach could have noticed his prowess, and signed him up to the GB team, or maybe an antiques expert would have recognised the million pound urn in his hand.

Ok – so Vase Man is just one example, but I think it’s about time we all started looking around and absorbing the quirks of our incredible capital.

We walk by people and places every day without even noticing them. On Oxford Street, there is a particular Big Issue seller who, in between shouting the name of the paper in attempt to sell a few copies, asks ‘will anyone acknowledge me?’

In my experience, anyone rarely does. They walk by, stuck in their city bubbles, heads in phones, eyes down, headphones in, so that when we could actually make a difference, it passes us by.

One thought on “A man, a bicycle, and a flippin’ massive vase: why Londoners should look more”